life is a funny thing

Written by Crofton77 on July 8, 2017. Posted in eatsaroundaustralia.

The week after our Lockhart lark HR decided he wanted to see the Sea Cliff Bridge which is part of the Grand Pacific Drive.

As it was HR's idea I left him to do the planning and choosing of hotels. Never again!!!!!

We left early Saturday Morning to drive to Wollongong. I was a bit grumpy, I hate getting up before 0800 on the weekend. Off we drove up the highway chatting along the way. After around 4 hours we started along Lawrence Hargrave Drive and whamo there it was!! Magnificent scenery both sides. A huge sheer cliff on one side and the beautiful blue Pacific Ocean and as we drove along a whale breached a few klicks out to sea. Of course I did not have the camera ready and when I did they whales were too far out to take a decent shot.

We parked at the end of the bridge and walked along the pathway back across the bridge. 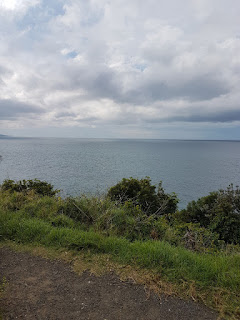 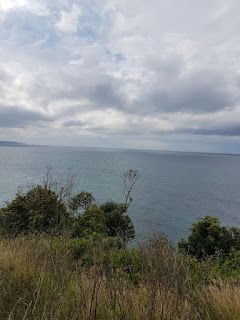 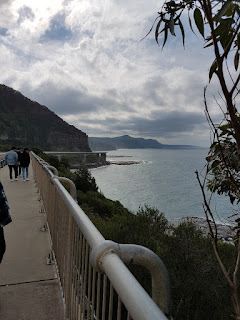 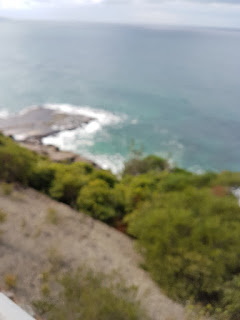 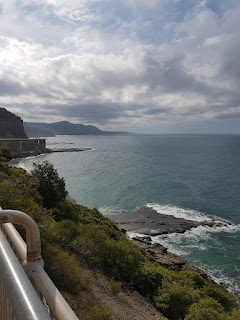 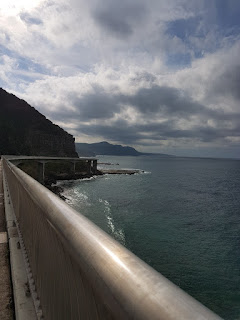 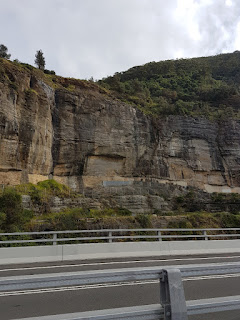 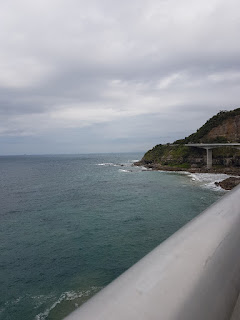 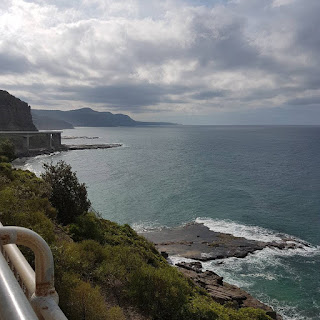 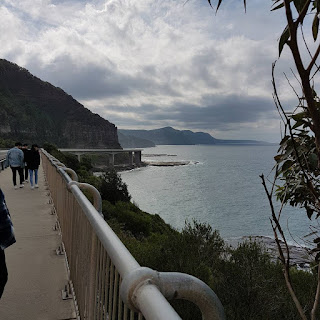 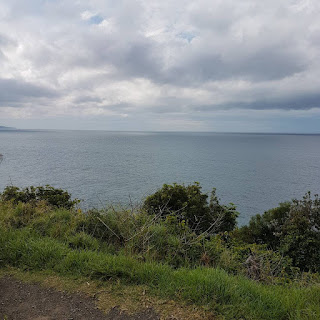 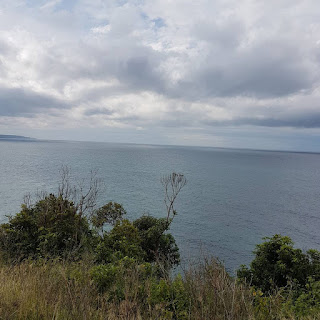 All that magnificence, and exercise, makes one a tad hungry – off to Robertson Cheese Factory for lunch!!!
Wow so much to look at in the Emporium and the Gelateria has some really neat lollies.We tried some Blue Goats Cheese at the Dairy Store and it was a little salty for my tastes.
The best part though was the Cafe where we had an amazing cheese board. There was three different cheeses, cold meats, fruits and crackers and a zesty tomato relish, we bought a jar of it to take home.

We had decided to spend the might at Mollymook and HR had chosen the hotel. So after a satisfying lunch we toddled off to find our hotel. Ah I wish we hadn't. We arrived at around 1530 to find reception abandoned and no cars in the car park.  We found our room and um well it didn't smell too fresh. HR and I carry our own cups and coffee and tea making paraphernalia and so I made a cuppa and sat on the bed, which sagged. As I drank the cuppa I asked HR how long it would take to get home, 2 hours he answered I said right let's go!! and we did.

On the way home Mother called……and as a consequence of that call I ended up in Oakey for two weeks.