Written by Crofton77 on December 23, 2015. Posted in eatsaroundaustralia.

For the last seven years I have worked with a team of five. For four and a bit years I have been the 'boss'. There's been some changes over the years, people have come and gone but there was always me and Grasshopper.
Grasshopper and I have had an interesting relationship over the time and only last year she shocked me by telling me she identified as Indigenous (it's not half obvious really). We got a lot of mileage out of that, people never know when to take us seriously. We have always dressed 'corporate' in black suits and heels. We have been referred to as 'the mafia'. Some people think they're funny.

Anyway, Grasshopper and I have a tradition (here we go again) of 'decorating' our work space in some sort of theme. The other members of the team have always been happy to go along and we always as for their input but they leave it to us.
Over the years we've had a Zen garden, Ayers Rock/Uluru, and some of the more recent ones are shown here:
Christmas 2014 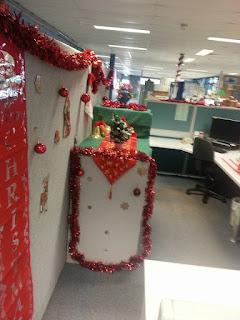 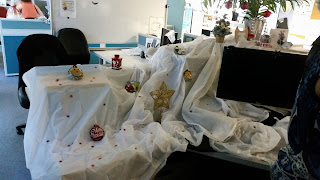 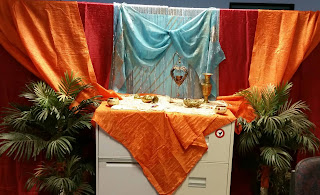 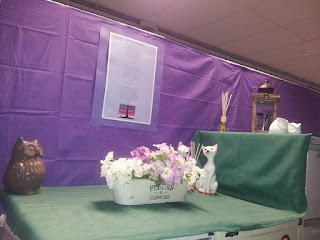 We have had a lot of fun putting these together and dealing with some of the more silly comments from the rest of the building's inhabitants as they walk past or through our little section. Some people think they're funny and make dumb comment, some people have said what a great thing we do and they love to see what we will do next, some people contribute small things to the theme. No matter what the contribution, we have achieved what we set out to do…. create a space where people feel free to be themselves whatever that is, to get people talking and involved in some way.

Grasshopper has gone and gotten herself a job in another state. Now there is only me left and 'they' have decided, in their infinite fricken wisdom, that I am  to be incorporated into another unit.
No more themes … another tradition is gone….All the very best of wishes to you Grasshopper!!!